Juggling one more ball during your bike race.

November 17, 2014
There's a lot that goes into each lap during a cyclocross race- driving the bike, breaking down each section of the course and paying attention to how you executed that section and how to do it better on the next lap.

If you know that you went into a corner and scrubbed too much speed, your inner +Adam Myerson will be telling you to carry speed, deeper into the turn and use less of your brakes on the next lap.

Basically you have five to six times to get the section of the course dialed as well as you can do them. On top of that, other riders are around you, near you, over taking you or you're over taking them.

How many matches are you willing or can spare to burn, bridging up to the two guys who are five seconds ahead of you. If you can reach them, you can sit in and use them for pacing, and restore a bit of your health meter for that next 1Up you need to complete world(laps) #4 and #5 before the race is over.

Bike racing comes down to pedaling your bike with the cognitive awareness of a 150# guy that just drank two- 8.5 ABV craft brews in 40 minutes. Yeah, corners will sneak up on you real quick if you can't make good decisions through the fog of oxygen deprivation because your HR is floating at 178 bpm. 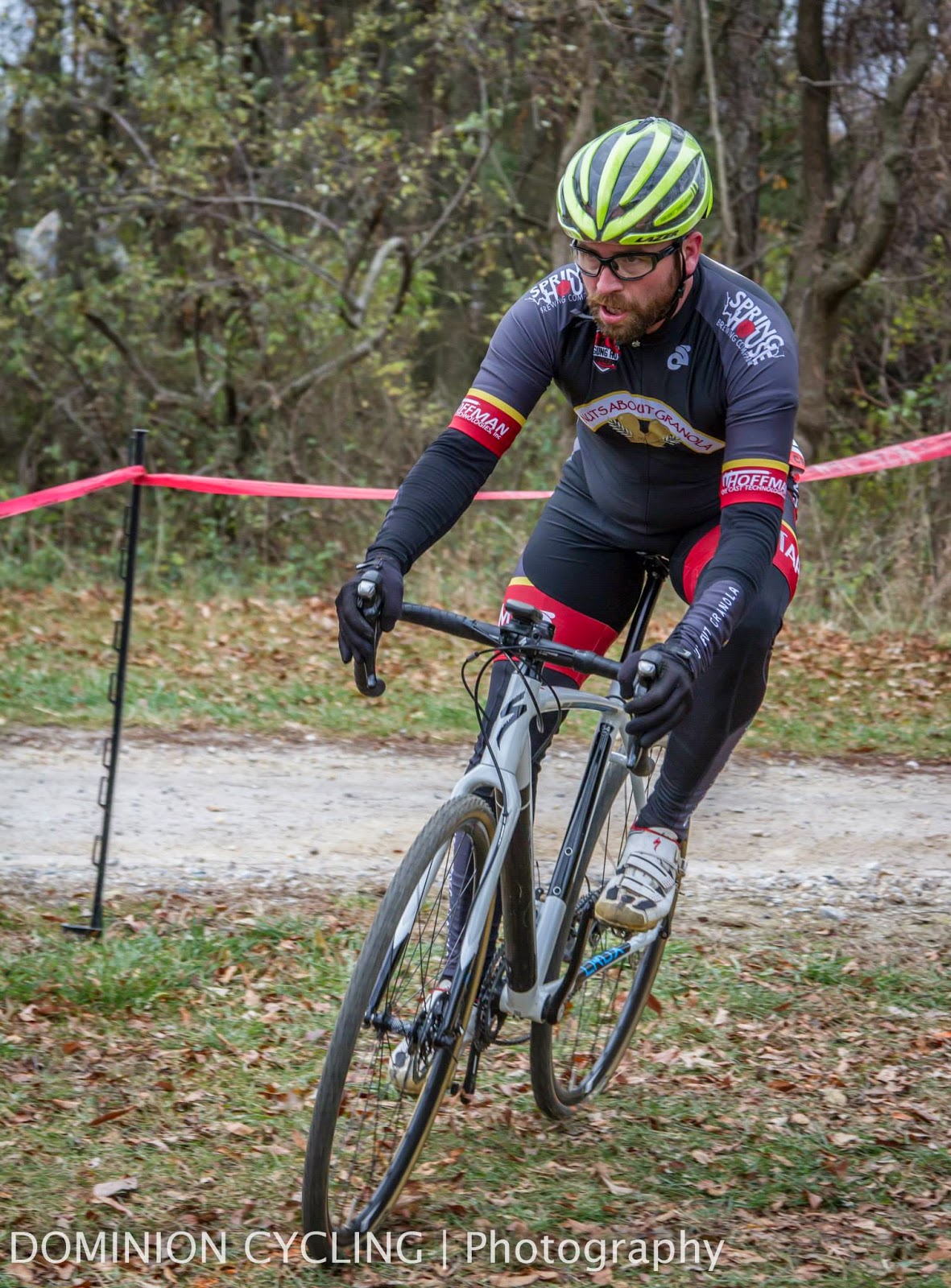 This season, my teammate has added one more ball to the bunch he's juggling every cyclocross race. In the photo above from Ben Kristy, Brenneman has discovered the talent of braking later into the turns thanks to the disc brakes on his new bike. Also, he's now downshifting the rear derailleur while applying both brakes. This allows him to exit the apex of the turn and be in the gear he needs to jump to the next corner.

I like this new talent he's exhibiting between the tape. Sure you can be 'that guy' and argue that he could down shift the rear mech while using just the front brake. In some cases, using just the front brake to scrub speed and downshifting the rear while on a muddy course could make things a bit hectic; especially if you have canti-brakes and a fork that likes to chatter under braking. Light, even pressure on both levers while downshifting the rear seems to be what Brenneman is going with these days.

Keep juggling Brenneman, it looks good to me.