Must ride mountain bike trails in South Carolina are in Harbison State Forest.

July 20, 2014
If you want to best describe things in black and white when you have a career in sales, you'll have two kinds of seasons. You'll have a year of hunting or a year of farming.

This season has turned into a year of farming which means most of my efforts will be focused on finding new accounts which also means, more windshield time than other years.

This latest trip has me traveling for tens days, covering about 3k miles in the Element, spanning states from every part of my territory- central PA to GA to TN and then finishing up in DC. With that much travel, squeezing in the time for a bike ride is a must for me.

With the cyclocross bike and the mountain bike in the vehicle, I reached out to the one guy who I know wouldn't turn me down for some riding, Kindhuman bike company pusher, +Mark Adam Abramowicz.

Adam Abramowicz has been in the industry for awhile and through mutual friends and the hell we call Facebook, we started chatting on a regular basis. Sharing war stories, insight about the bike industry and why retailers need to order taller socks; I'd say we now have each others back.

Sunday's trail ride was at Harbison State Forest; located northwest of Columbia, SC. This was my first legitimate mountain bike ride in the state of South Carolina.

Harbison is a 29r playground! (Adam and I was not riding to beat each other into the ground so we did a Social Pace ride.) I rode some of the best, fast flowing trails that were bench cut really well with a line of sight that opened up greatly as to allow the occasional hiker to not get mowed down by fellow riders. We carved up up the fast corners with huge grins on our faces.

The trees in the forest are made up of mostly pine trees so there are a lot of soft needles on the ground- silt, sand and grit lined every dip and corner. I ran 25/28 psi front - rear tire pressure in the tubeless +Wilderness Trail Bikes Nano tires. They hooked up really well. The Nano tires work great for dust over crust conditions and has the type of tread and profile that requires you to stick the bike into the corner and english the bike through the turn. If not, the bike will push hard and you'll be pulling bark out of your teeth which almost happened once today.

I was rolling into a fast left handed 'g-out turn, that had a tree at the apex of the turn with exposed roots, forming a natural berm. My goal at this moment was to use the roots to bounce out of the corner but just how much bike lean I needed to use was not clear. And I didn't decide fast enough as I locked up the rear tire, locked my elbows, and narrowly missed planting my shoulder into that sturdy tree.

The people who maintain this trail system believe strongly in controlling water run off via swales. I felt like I was 15 again on a bmx bike; pumping the bike up and over the humps, rarely pedaling because of all our self generated momentum. I followed Adam on this quiet single speed mountain bike. Definitely a rad time. 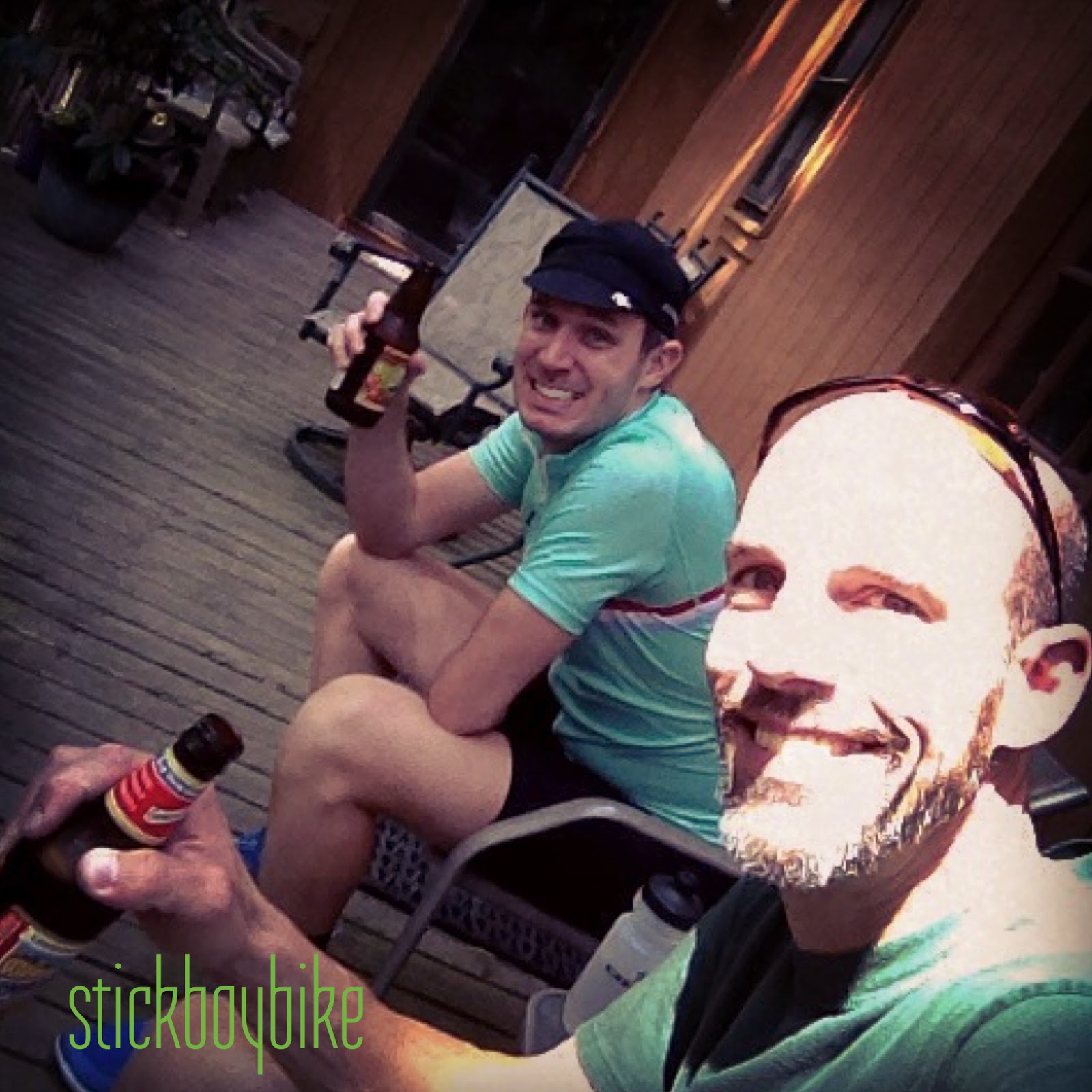 We got back to his house, drank some Torpedo IPA and ate hummus for our recovery food. I then pushed off for the hotel.

Days like today, make me appreciate having the bicycle as a career and even more all the terrific people I can ride and do business with.

If you are in need of new bike for the upcoming cyclocross season, check out the Kindhuman web site. And do yourself a favor and treat yourself to a new kit because we all feel better when we look good riding our bicycles!