Delayed posting of the demo.


This is the 2007 installment of the Stratton Demo from Stratton Vermont. The jet stream was finally using the Mason Dixon boarderline as a limbo stick so the weather was proving itself to be a cold one. 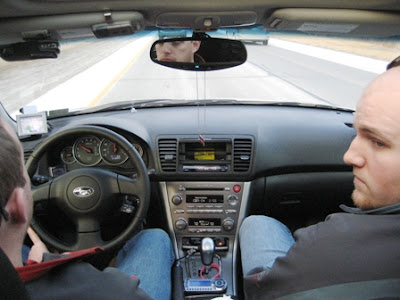 My traveling mates were Josh and Cinco. We took his new Subaru Legacy wagon which proved to be comfortable in the ride up...I called the back see. Maybe I am sick in the head but I enjoy folding my 6 foot 5 in body in the backseat for road trips. I like the point of view back there when traveling down the road. KK followed us in his Passat wagon.

Sunday evening we rolled into the Man of Kent pub for beverages and eats. 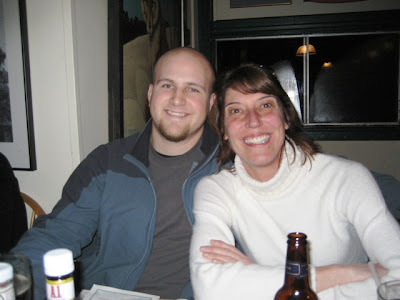 Josh and Bets. My Tuesday night crew. As you can see in the foreground, she prefers to drink beer and he love A1... 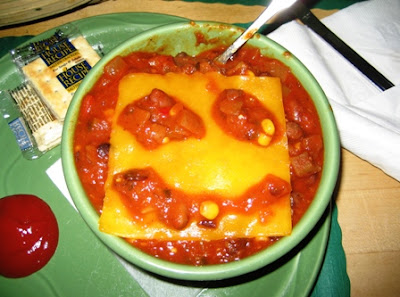 Don't let anyone tell you a bowl of Veggie Chili can't look good. I prefer to play with my food Mom! 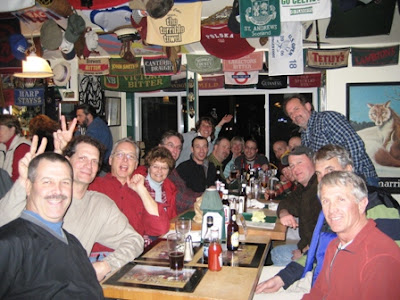 Ed's/Boardroom Crew. One of these faces you can trust with your daughter, none of them you can trust to get their bar tab right... 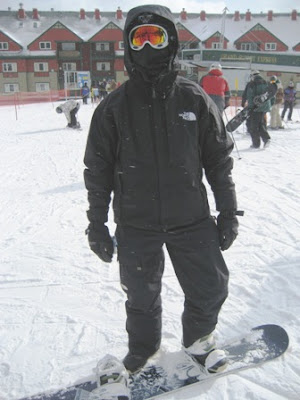 Straight from the Galactic Sith Training Academy, KK. We rode Mount Snow on Monday. The snow was great and temps below zero with the wind chill. You know it's cold when you have to put you hood up over your helmet brother! 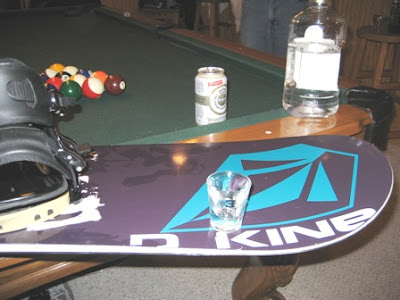 We left the 'Shot Ski' at home so Jason was cool enough to let them glue shot glasses on his new Rome snowboard to let the good time roll. Have quick set epoxy, will drink! 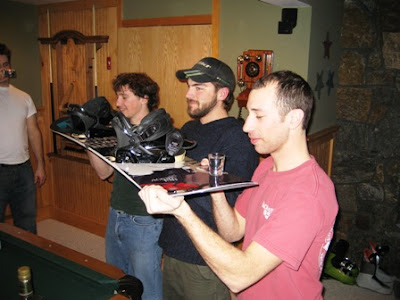 Matt, Ned and Jason staring down shots of Schnapps. 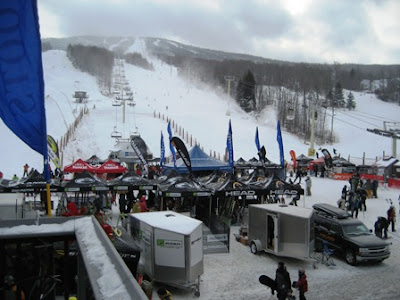 With the winter having it's way with retailers, warm in the month of December, attendence was down at the demo. The snow was good; packed powder. 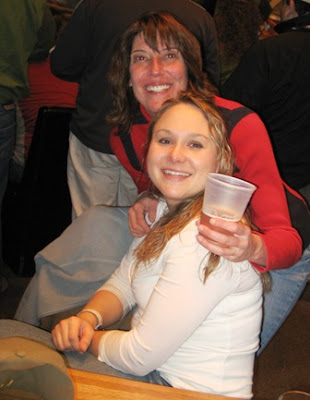 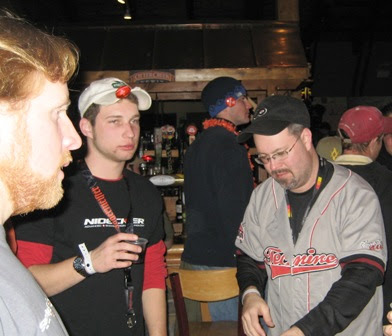 Pat, Dustin and the O.G. himself-KK. KK can throw down base repairs like Britney Spears and her underwear. BAM! 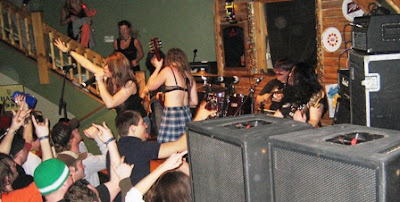 Live entertainment provided by the all female AC/DC coverband Hell's Belles. Hailing from Seattle, WA. The chick in the plaid skirt had Angus' facial expression and riffs nailed down. The singer did her best to follow in Bon Scott's footsteps. Very impressive. 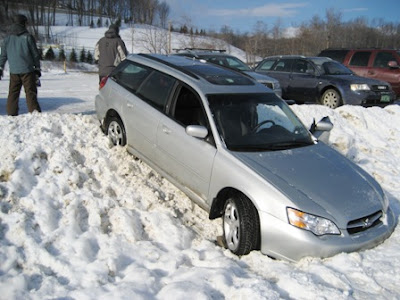 Make a note to yourself. If you ever travel with Will, Josh and Dustin in the same car, make sure your pace notes are accurate. I was Tim's co-driver and called a 'straight5' and should have been a 'straight1'. Ice vs. ABS, winner was ice. $50 later and the Subie was snatched out. No Subarus were harmed during the photo shoot of this incident. 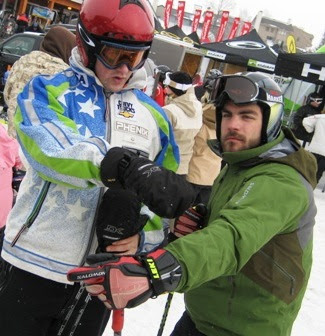 Here is the definition of Macho. Kurz and Ned. Green is back in style as you can see with Ned's XCR jacket. Kurz' jacket was in 13 years ago. Jacket from the US Ski Team; brought out of retirement.

Anonymous said…
Lots of fun reading here and you know that I love the pix. The first one being a great PoV and angle. Good job! Sounds like all of you had a blast.
8:11 PM