Live at the Sonar Club

November 17, 2006
I love the Sonar Club. Have I ever said that. Ya maybe a couple of times. My wifes bday is Saturday so in an early present I snagged two tix to see Live. This is our 3rd time and my 4 seeing them. I love their music. Love the guys from way back, nuff said.
The Rosewood Thieves opened up for Live. Based out of NYC, this band has a really clean guitar sound like the Beatles/60's rock. The vocals are along the lines of Petty/Oasis/Dylan. I would listen to their cd on road trips, it has that traveling kind of feel to it. 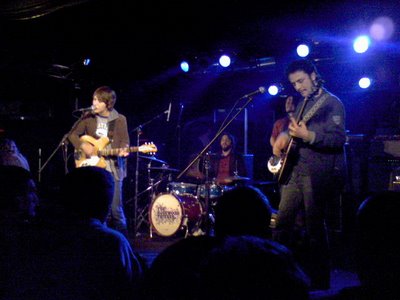 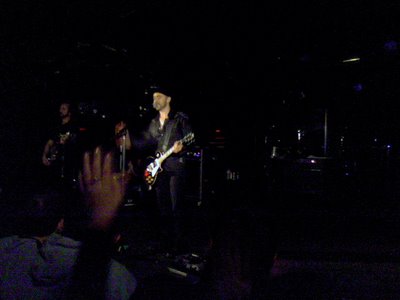 Ed on vocals and yes he can play guitar ladies. 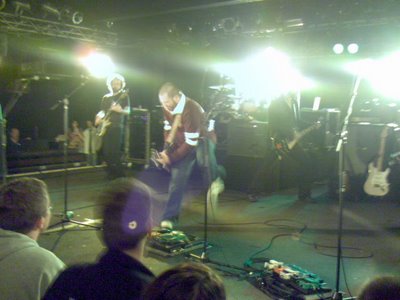 Taylor stomping it on Lakini's Juice. 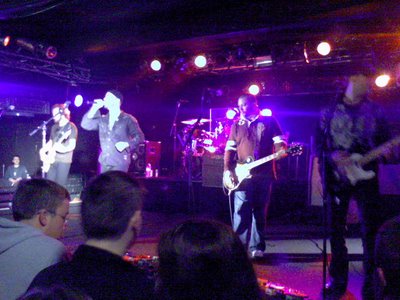 An hour and half of hard playing. A couple of new songs off of 'Black Mountain' and the rest were all their good old stuff. The guys have their sets down tight, every song bleeds from Ed's heart and damn, Adam and Chad must have went through at least 4 different guitars the entire evening. That's committment folks and creativity. Those that know, listen. Those that don't, soon will. Thanks guys!